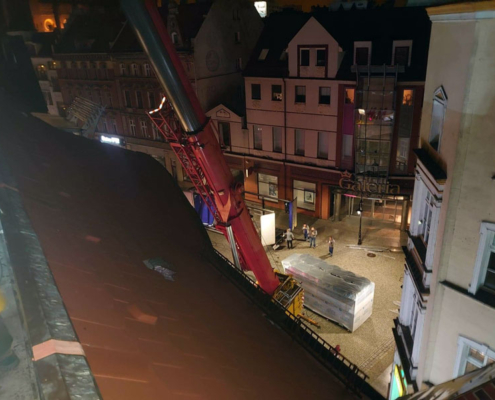 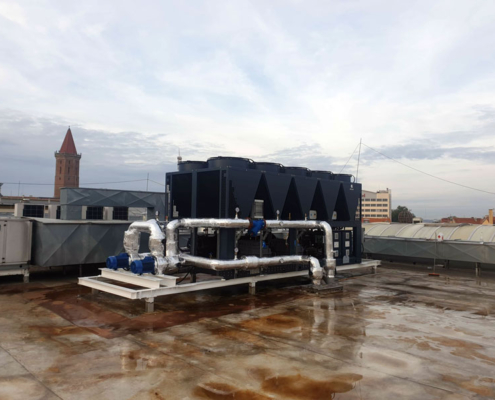 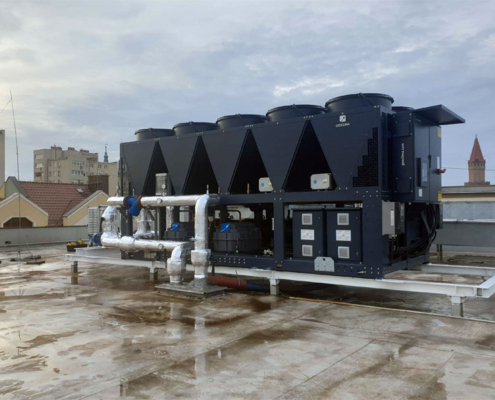 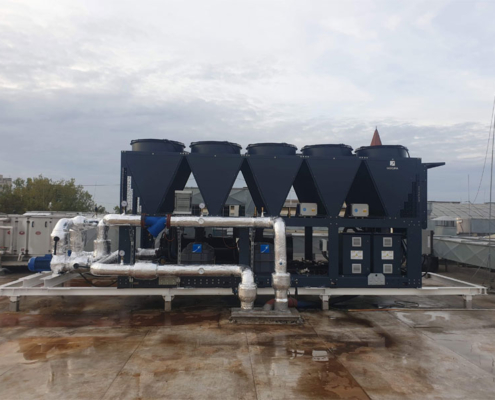 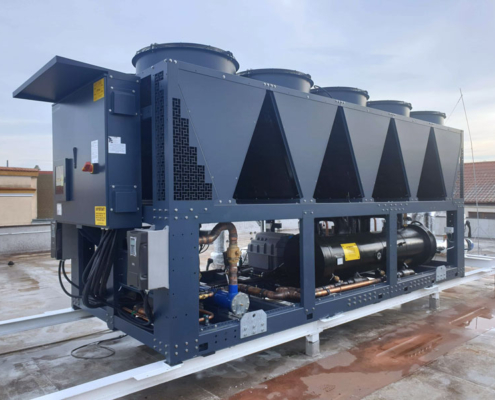 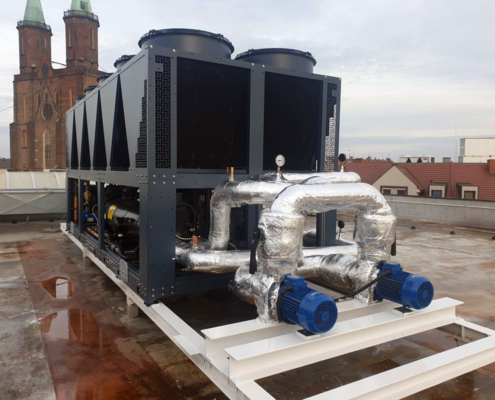 Galeria Piastów in Legnica (Poland) has nearly 100 shops of the best brands on a 35,000 sqm surface. The building is a combination of modernity with traditional Legnica architecture. Located next to the historic Piast Castle, the Galeria Piastów references the old buildings of the historic center.

The task of the project is to replace an old and faulty chiller from another company with a new, more efficient one. The old chiller consists of a large number of scroll compressors which were often damaged or leaking. Also, being placed in the Legnica’s historic center, the new chiller should also ensure quieter operation.

The old unit was placed on the roof of the building and access was difficult, also because the building is surrounded by very narrow streets. In addition, being in a historic center, too heavy equipment could not be used. And what’s more, the old unit was very large, so the Energycool team had to cut in half and the two halves were pulled down separately.

The new Geoclima device is lighter than its predecessor, but with the same cooling capacity. It was lifted entirely onto the roof and installed in the same place and connected to the existing chilled water system on the roof.