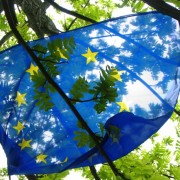 During the latest EU Environment Council, which took place September 18, 2015, the Ministers reached an important agreement on what is going the be the EU’s position for the 21st session of the Conference of the Parties (COP21), which will be held in Paris from November 30 to December 11, 2015.

The agreement highlights the strong will to take the necessary measures towards reduction of greenhouse gas emissions and, from a more general point of view, to prevent global warming from reaching dangerous levels.

Carole Dieschbourg, the Luxembourg Minister who chaired the Council, points out that the EU’s Ministers adopt a strong, ambitious and responsible European mandate that will allow EU to play as a leader during the COP21, as it is our responsibility to achieve a positive result in Paris with one strong voice.

The Dieschbourg’s statements are echoed by Miguel Arias Cañete, European Commissioner for Climate Action and Energy, who welcomes the adoption of a long-term goal, towards which we are working together.

To achieve a global transition to a low greenhouse gas and climate resilient society, greenhouse gas emissions need to be reduced by at least 50% by 2050 (compared to 1990 levels) and to be near zero by 2100. The European Council emphasizes the need for all Parties to submit new commitments every five years, in order to have what Dieschbourg calls clear review cycles, which, according to Cañete, will help to examine the situation and to strengthen the objectives for emissions in the light of the recent scientific developments.

The EU Environment Council also recognises the crucial role of climate finance and is determined to do its part to mobilise, from 2020, 100 billion USD annually from both public and private sources to support developing countries to reduce emissions.

Many other issues were discussed and agreed upon during the Environment Council, such as the creation of a market stability reserve for the EU ETS (emission trading scheme): http://www.e7*u2015lu.eu/en/actualites/communiques/2015/09/18-conseil-envi-eu-ets/index.html

Sign up
HVAC energy demand is rising: how to deal with it