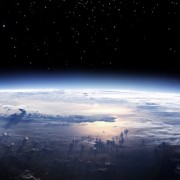 According to a new study by NASA, published on the 22nd of October 2015 in Geophysical Research Letters, a journal of the American Geophysical Union, hydrofluorocarbons (HFCs) show a small but measurable effect on ozone depletion.

The study does not reveal that HFCs are a big threat to the ozone layer, but it does show that their impact is not zero, as always claimed. In fact, as reported by AGU HFC emissions cause increased warming of the stratosphere, speeding up the chemical reactions that destroy ozone molecules, and they also decrease ozone levels in the tropics by accelerating the upward movement of ozone-poor air. According to the NASA climate model the study is based on, the HFCs are expected to cause 0,035% decrease in ozone by 2050.

This impact can be considered very small, compared to predecessors that HFCs have replaced, like hydrochlorofluorocarbons (HCFCs) and especially chlorofluorocarbons (CFCs), which are mainly responsible for the ozone depletion and which have been gradually phased out after the Montreal Protocol. To learn more about the HCFC and CFC phase out, read here: http://refrigerants.danfoss.com/hcfc-cfc/

What arises from this study is that HFCs should no longer be considered as zero ODP refrigerants, but rather as weak ozone-depleting substances.

This is a very interesting study that contributes to the discussion around HFCs and their full impact on the ozone.

About HFCs the “New Climate Economy” recently published a paper titled “Phasing Down the Use of Hydrofluorocarbons (HFCs)”, recommending that Parties to the Montreal Protocol approve an amendment to phase down HFCs, widely used in refrigerators and air conditioners. The reason behind this is that, while HFCs are only weak ozone-depleting substances, they are, like CFCs and HCFCs, strong greenhouse gases and contribute to global warming. In fact, although they are short-lived climate pollutants, staying in the atmosphere for about 15 years or less, they are so potent that their warming impact is up to about 3,000 times that of CO2 for the most commonly used HFCs.

Bearing all this in mind, the paper co-author Durwood Zaelke states that an important part of winning the climate challenge is winning the battle against HFCs. Not only. According to co-author Maxime Beaugrand the HFCs phase-down is technically feasible, economically attractive, and environmentally responsible, as replacing HFCs with greener alternatives has low upfront costs and can improve energy efficiency by as much as 50% or more.

About HFCs the “Climate and Clean Air Coalition” partners will discuss during the 27th Meeting of the Parties to the Montreal Protocol, which will take place in the United Arab Emirates 1 to 5 November 2015. Learn more about the initiative promoted by the CCAC: http://new.ccacoalition.org/en/initiatives/hfc

Read the full article about the study here: http://news.agu.org/press-release/new-study-shows-that-common-coolants-contribute-to-ozone-depletion/

To know more about the “Phasing Down the Use of Hydrofluorocarbons (HFCs)” paper: http://newclimateeconomy.net/content/press-release-montreal-protocol-best-way-reduce-super-pollutant-hfcs-says-new-climate