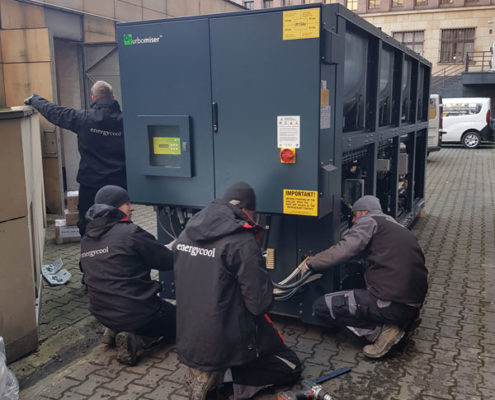 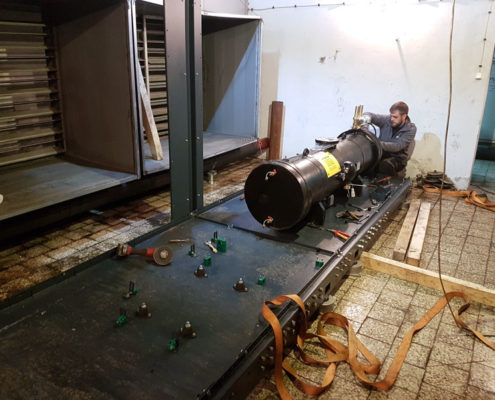 The project concerned the renovation of the air conditioning system. The general contractor of the project is the Polish engineering company Energycool, which operated in cooperation with Geoclima.

For the Jagiellonian Library Geoclima worked closely with Energycool in the design of new air cooled Turbomiser unit for indoor installation, with radial fans and 300 kW of cooling capacity.

The new Turbomiser unit has to be installed indoor, in the technical room underground, with a very difficult access, where it is not possible to enter and move the whole unit. To face this problem the new chiller was designed and produced to be completely dismantled outside the library, carried in parts through narrow corridors and then fit back together and installed within the technical room.

In addition to this, the new unit had to be mounted on existing anti-vibration pads.